The Pyrenees Atlantic region is located at the southern most tip of the department Nouvelle Aquitaine, bordering with Spain. Home of the iconic French beret and the espadrille shoe,mecca to European surfers and walkers covering ancient footpaths through panoramic scenery to the Pyrenees mountains and coastal paths. The region has a strong identity, steeped in an intriguing history with ancient cultural festivals celebrated annually and many inhabitants still conversing in their native languages of Basque and Béarnaise.


Extending to the lush green foothills of the Pyrenees mountains, the Béarn region attracts holidaymakers for its gentle pace, quintessential picture postcard villages, abundance of river valleys and mild annual climate. A little further west of the capital city of Pau can be found many charming towns to discover … Salies de Bearn, a thermal spa town known as “the Venice of the Béarn” with its timber framed 17th century houses overhanging the River Saleys. Sauveterre de Béarn, a pretty medieval village perched high above the Gave d’Oloron, with panoramic views across to the Pyrennes mountain range. The 14th Century fortified town of Navarrenx, towering above the Gave d’Oloron, renowned for its salmon fishing and listed as one of “Les Plus Beaux Villages de France”.The riverside market town of Orthez, ancient Protestant stronghold and birthplace of Jeanne d’Albret, Queen of Navarre and mother of King Henri IV, the 13th century “Tour Moncade” dominating the town centre. Oloron Sainte Marie, the gateway to several Pyrenees ski resorts via the spectacularly scenic valleys of Aspe, Ossau and Barétous.

Foothills of the Pyrénées


From Oloron-Sainte-Marie to Sainte-Engrâce in the South, Saint-Jean-Pieds-de-Port and Saint-Palais in the West, the foothills of the Pyrenees offer beautiful mountain landscapes, from Béarn to the Basque Country. Oloron-Sainte-Marie, capital of Haut-Béarn is a true gateway to three Pyrenean valleys - Aspe, Barétous and Ossau (https://www. valleedossau-tourisme.com/). To the south-east of the Oloron Ste Marie lies the charming villages of Barcus, a small Basque town in the province Soule, and Aramits , located on the border of the Basque Country, at the entrance of the valley of Barétous where the well-known sheepdog competition is celebrated annually. To the south, Sainte-Engrâce is home to the marvelous Kakuetta Gorges and to the west, Saint-Jean-Pieds-de-Port, ranked among the most beautiful villages in France and renowned for its citadel and its traditional Basque architecture.


Of the three French provinces in the Basque Country, the Soule region is the smallest and least populated, boasting some of the most breathtaking scenery through its steep valleys and dense forest. ArdiGasna (sheeps cheese) is made in this region and hiking trails are littered with grazing sheep and wild ponies. Traditions are respected and celebrated throughout the year with lively festivals in the key Souletine towns of Mauleon-Licharre, bursting with colour from the espadrille shoe sellers, the pristinely beautiful riverside town of Saint Palais, and the Pyrenean foothill towns of Tardets and Saint Jean Pied de Port, dominated by its Citadel and cobbled streets, trekked by pilgrims on the Way of St James.


The Basque province of Labourd, called “Lapurdi” by locals, is the cradle of the French Basque Country. Beyond the most famous towns on the coast, this province is full of charming traditional villages with Basque architecture embodied by the emblematic white facades and their green and red woodwork. From north to south of the department, we find Bidache and Bardos and La Bastide-Clairence, ranked amongst the “Most beautiful villages in France” », Hasparren, counted among the most populated and most extensive municipalities of the Basque Country, Cambo-Les-Bains, the only spa resort in the Basque country renowned for its mild and sunny microclimate and finally the traditional village of Espelette well renowned due to the cultivation of peppers and houses decorated with an abundance of the cultivated red peppers. 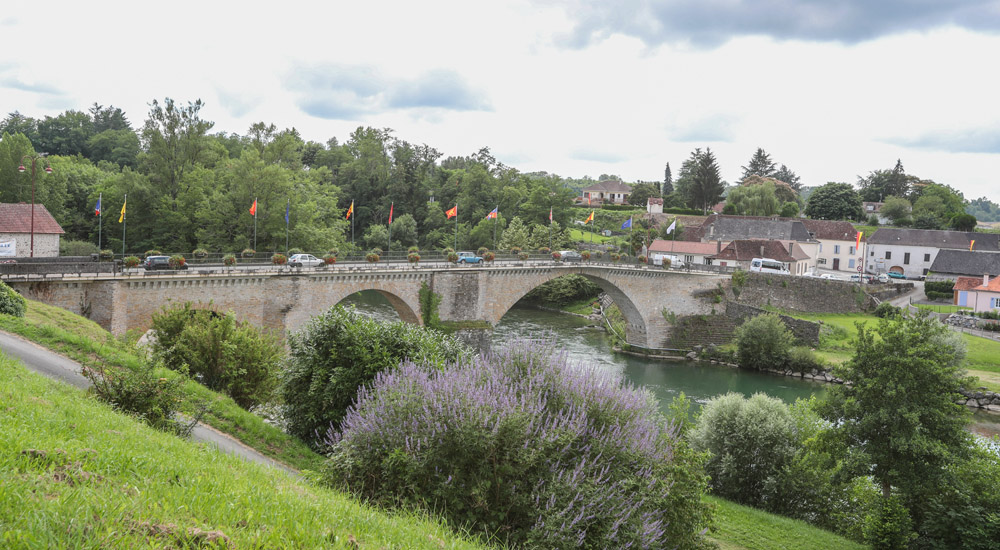 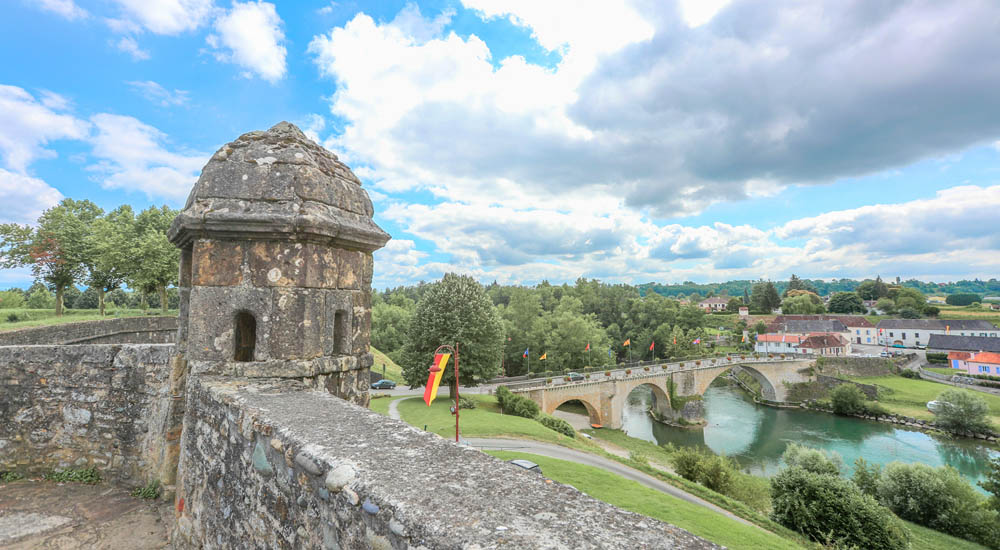 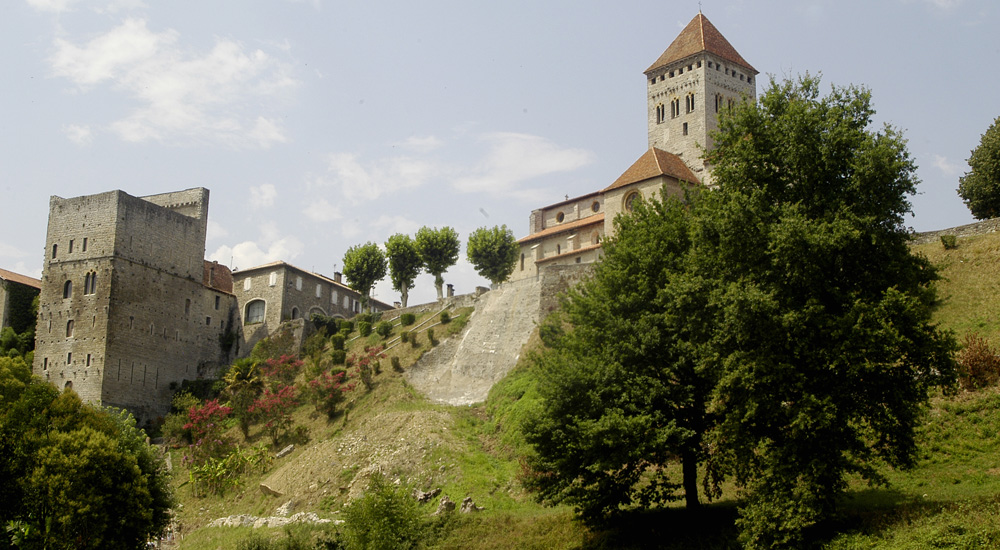 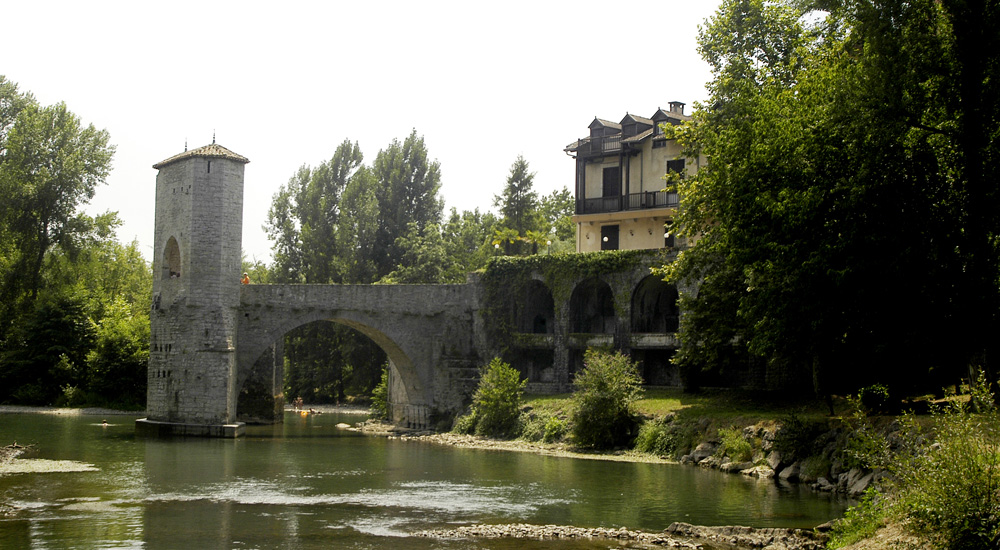 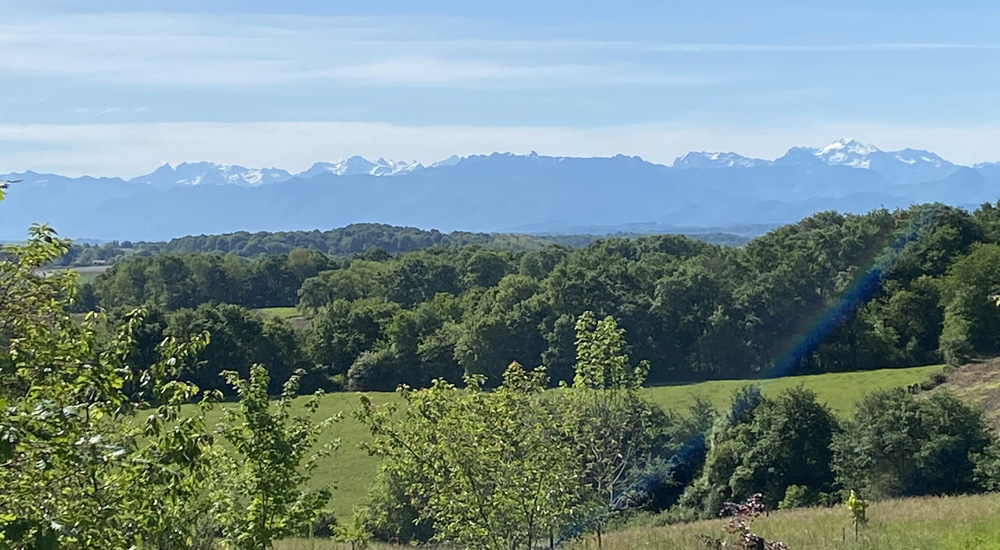 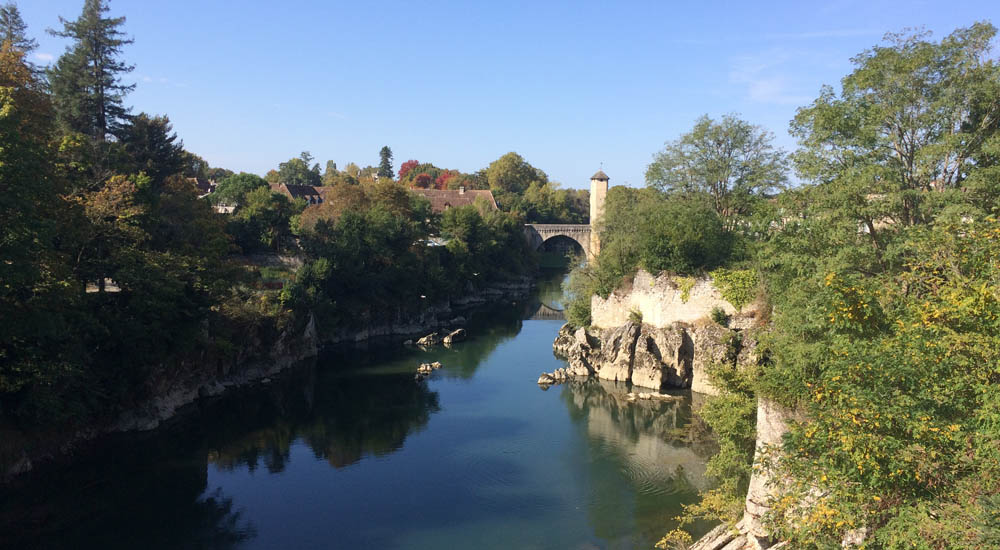 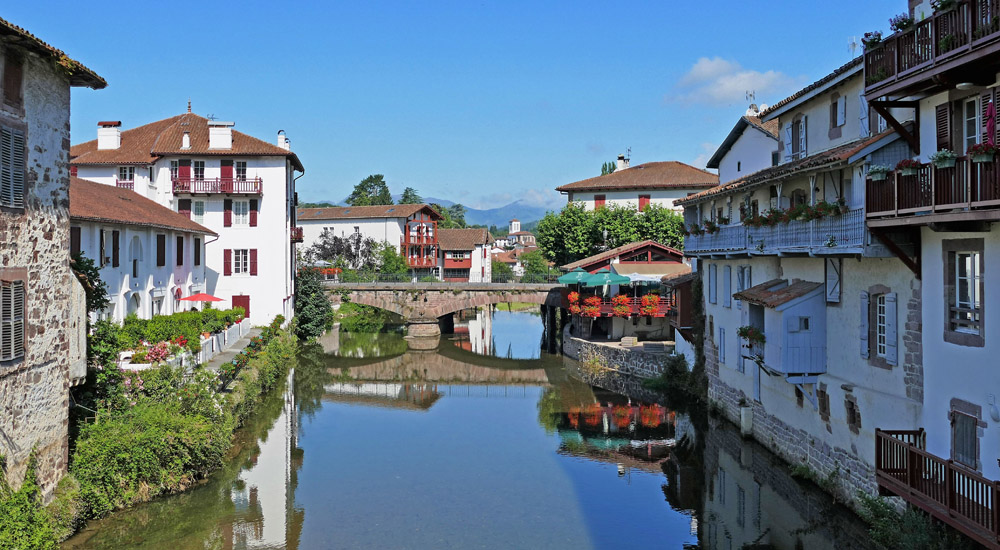 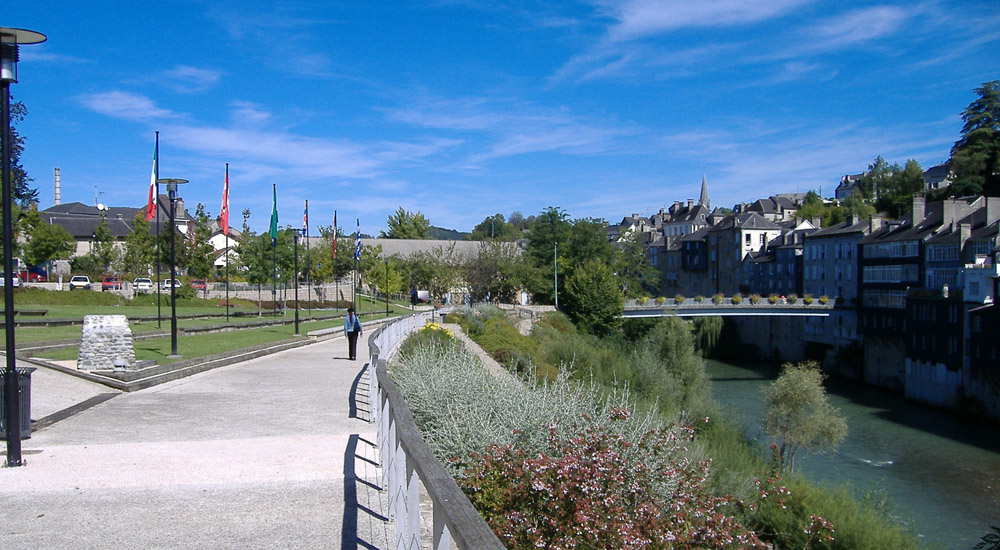 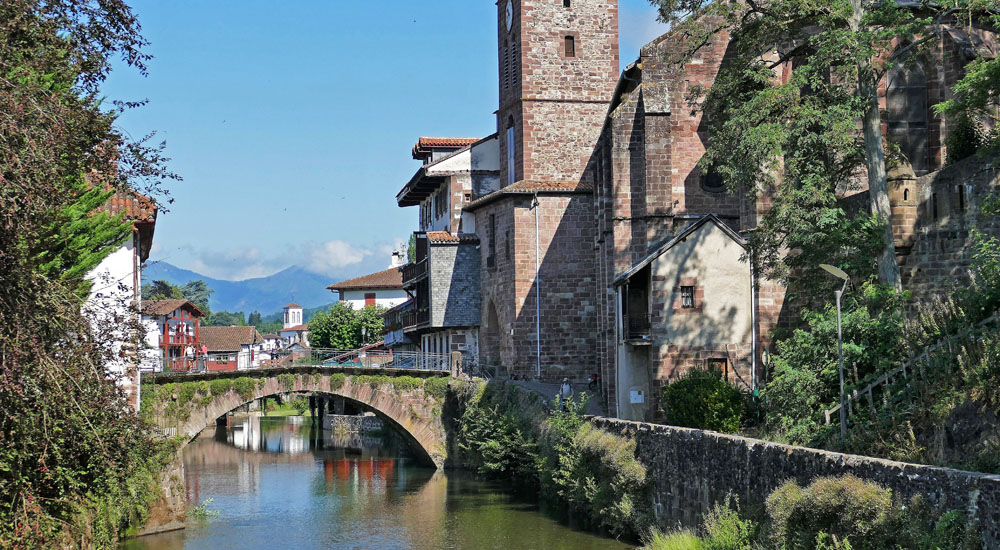 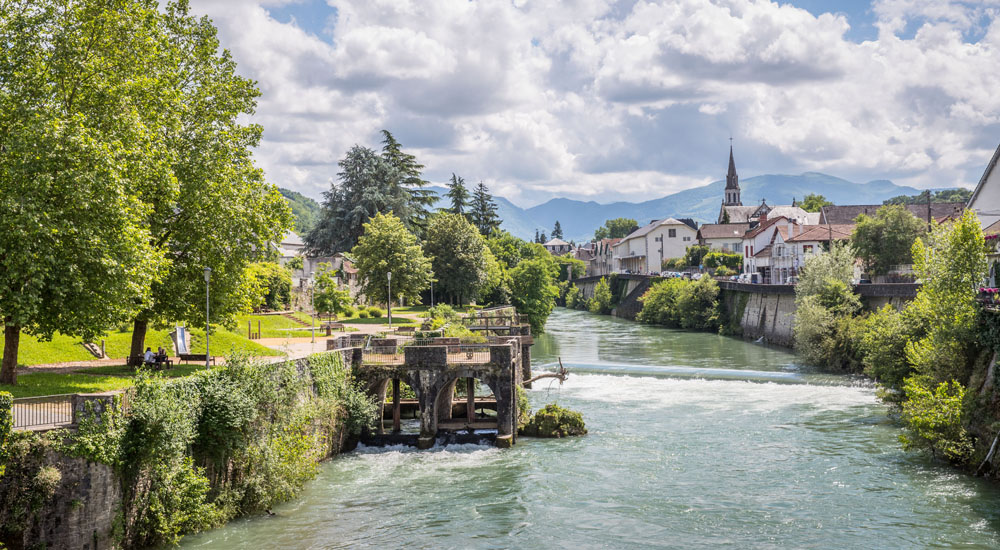 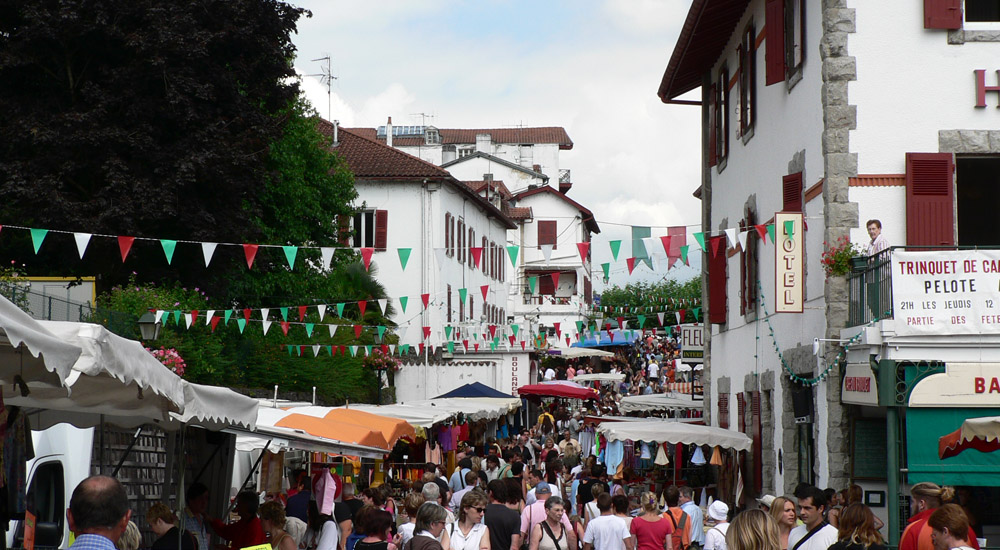 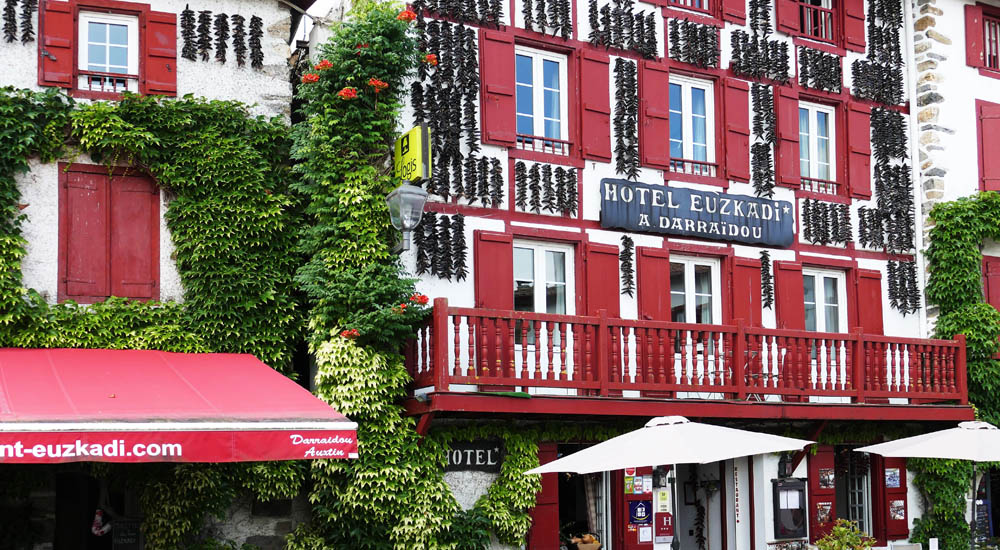 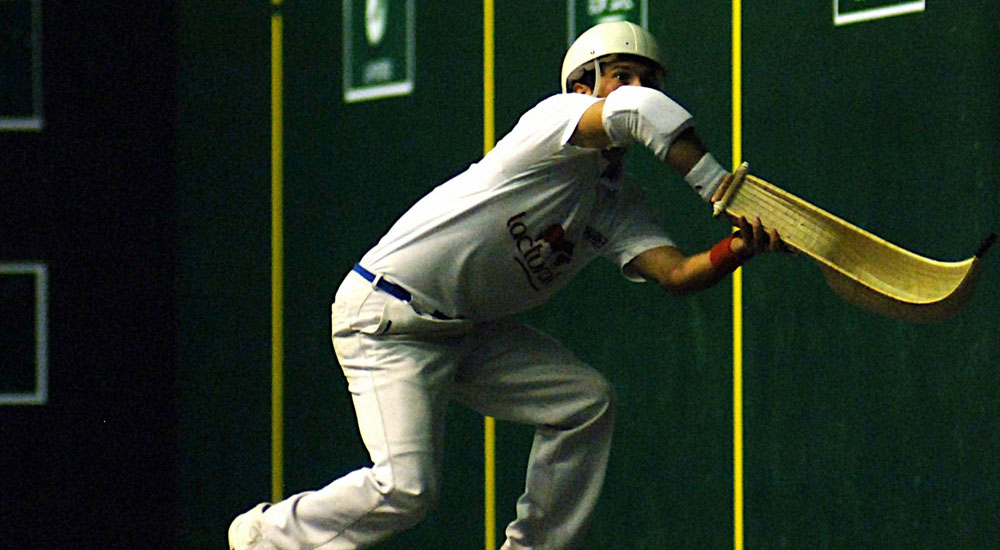 
Nestled between the Atlantic ocean and the Pyrenees mountains, the region has much to offer enthusiasts of winter and summer sports. Our closest ski stations are Gourette and La Pierre Saint Martin. The Atlantic coast offers endless runs of un-spoilt beaches, attracting surfers and sun worshippers alike. However, there are many more sporting activities to enjoy and discover…. Rugby is a passion in this region as are cycling and hiking, as the inhabitants embrace the outdoor life. The Béarn is criss-crossed with a multitude of waterways with kayaking and canoeing for all levels and ages. Pelote Basque is a traditional game, incorporating many different forms and played in abundance in village squares and indoor courts. Cesta Punta, played wearing a long curved basket strapped to the wrist, is one of the most exciting games to experience.


The Béarn and Basque regions offer typical southwest France cooking but with local specialties, often with a Spanish influence. Typical dishes include La Garbure, a hearty meaty and vegetable soup; La Poule au Pot, a classic favourite dish of Henri IV; Axoa, a Basque specialty made with diced veal and chilli peppers ; and Piquillos Farcis or Piquillo peppers stuffed with fish, goats cheese or even lamb. The Piment d’Espelette are used in certain patés, foie gras and mustardto give a little spicy kick. The red chilli pepper garlandes dry over the facades of the village houses in Espelette, providing a unique backdrop for their October festival celebrating the chilli harvest. Traditional deserts include the Gâteau Basque or Tarte Fine à la Basquaise and Bayonne chocolate flavoured with orange, cinnamon, Espelette pepper or salt from the natural springs of Salies de Béarn.